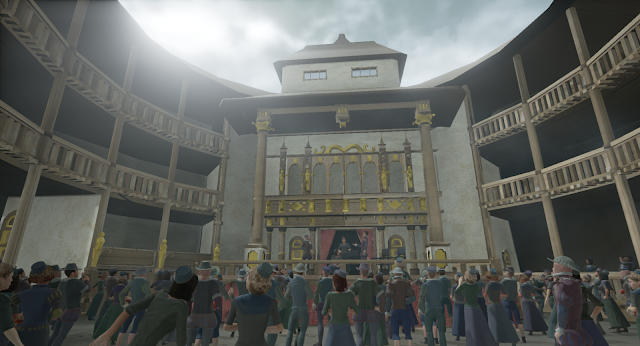 I was the technical artist and programmer for this project. My job was to build the systems that would allow the globe to be filled with people and interact-able events.

To achieve this I created a system that built actors from a variety of artist created parts. these actors were able to interact with one another to a degree and had were able to perform scripted events.


The actors used Autodesk's character generator for the hands and faces, the clothing was custom built by an artist.

The simulation was built to run with or without VR, During the festival we showcased both versions of the project to attendees.


I also created a number of tools for this project that could be used by artists to create facial animations for characters.

A Python script that generated a set of full facial expressions from pre-built blend shapes.

The blend shapes were created using Autodesk character generator. The tools also contained a function allowing artists to create a custom expression then add it to the list of expressions that would be generated, this allowed us to easily build up a library of potential expressions. 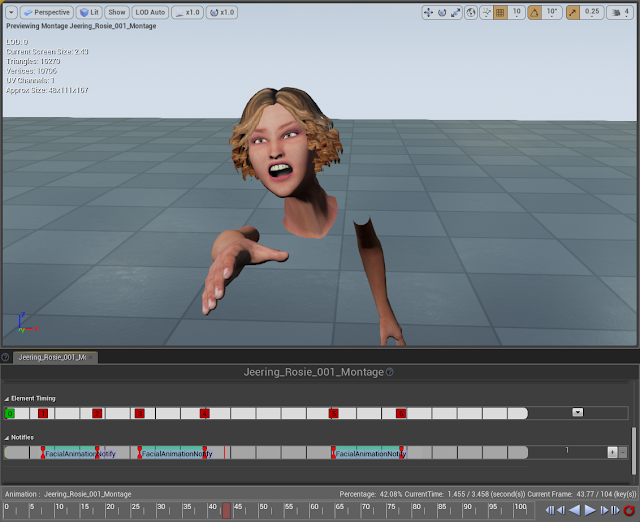