No Video update this time but I do have some pictures to show! 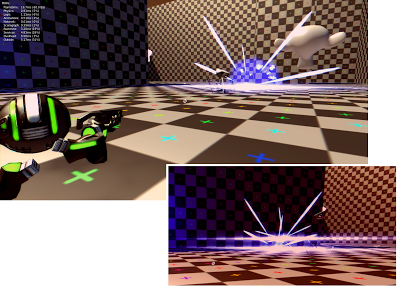 Firstly I've been working on more vfx. There's effects such as the explosion and if you notice the slight red tint, that's a 2D filter which increases the screens red value as the player takes damage. There's also a screen shake when you're actually hit. 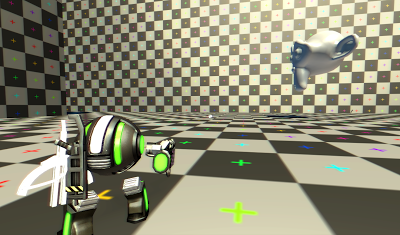 The Character now holds unused weapons on their back, there is now a 3 weapon limit because of this though, having any more than that would look silly.

Grenades are all working again, you could chuck around duds for a while, but they actually explode now.